It was more than 10 years ago since my last visit at Wawa Gorge in Montalban, Rizal.  Looking back, the place was magical!  It has amazing rock formation and clear green river coming from the Wawa Dam, not to mention the mythological story about a giant that stopped the two giant moving rocks.  Well, it was just to add fun to the trip every summer.

More than 10 years after…

A week ago, I went back thinking it would be as nice as it was plus the fact that it was said as one of the open rock climbing area in Metro Manila.  I brought a friend over there and was hoping to impress him how pretty the country is, but I forgot how years can pass to be able to have a different feel and situation in the same place. I was embarrassed. 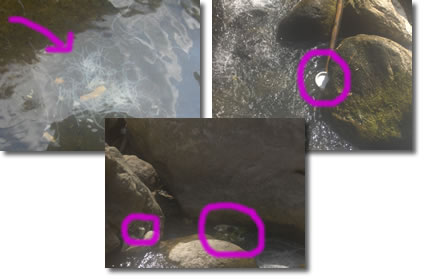 It was a total shock!  It is dirty!  The beauty is still there, but it is not clean anymore.  My heart is broken to see how it changed.  Rubbish are everywhere and no one is concern to keep the area clean.  I could not understand how people are collecting money for the entrance, which is 20 pesos but no one from them bothers to keep it clean.  There are a lot of local tourists coming which means they make money out of it, but how come nobody makes a move to clean up the Wawa Gorge?  It can still be saved, somebody just have to act!

(It’s not too late, I hope local government would act to save Wawa Gorge)

It’s Never Too Late, I Hope!

I hope they will just exert a little bit of effort to make this once an amazing place back to its glory.  I personally want to call the attention of the local government of Montalban to please save Wawa Gorge, do not let Wawa Gorge to have same ending with the Pasig River.  Pasig River  is being rehabilitated by the government (initiated by former first lady Ming Ramos) which will take a long time and money because of the damage done by our actions. You know what’s strange? It’s that ‘wawa’ in Tagalog means ‘pity’, and so I wish it would not truly be a pity in the future.