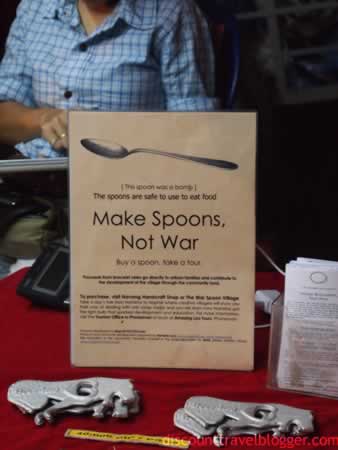 The Land Before Time Once

I stopped counting how many times I have visited Vientiane because I will be back there over and over again for many reasons.  The first time I saw Vientiane was year 2008, it was barely a city but it was Laos’ capital already.  Recalling from my memory of once Vientiane, it was a vast red land with several buildings around and new built roads that were covered of red dusts from the dirt roads not too far from the center (and from the back dirt roads).

I remember going to the first commercial building at the center, when locals first time to be confronted by modernity, it was a priceless memory.  Most of the locals wore their ‘Sarongs’ everywhere and every commodity available were overpriced.  That recollection of Laos were the base of my comparison of what is Myanmar now.  It was not too long ago, but Vientiane has recovered from the old times.  Laos is catching up for the time they were left behind. 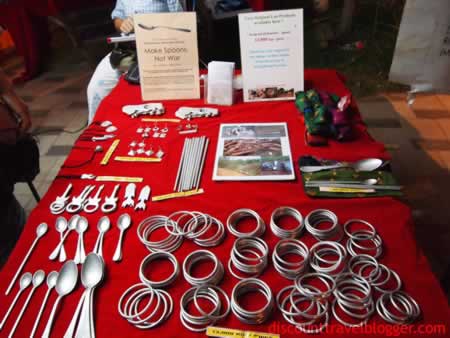 (From scrap to something)

From Victims to Heroes

The previous visit I had in Vientiane already surprised me, and the latest time I thought it won’t surprise me anymore.  It did.  How?  It was how their talents are honed into something useful, their past do not hinders them to grow and become one with the rest of the world.  Why did I say that?  On my last visit, I didn’t get much photos of something really surprising than the last time, but I was elated to find out that even locals are now working for their own cause, to help their own as well.

Here’s what I found.  I found a couple of stalls at the night market displaying accessories, display, and souvenirs from the war relics.  The proceeds goes to the artisan families and contribute to the development of the village through the community fund.  They even offer tour to visit the artisan village which is from Namkha to Napia,  they would be happy to show everyone around how they deal with the scrap metal and how they have develop and became educated from rising out of it, instead of going down with it. 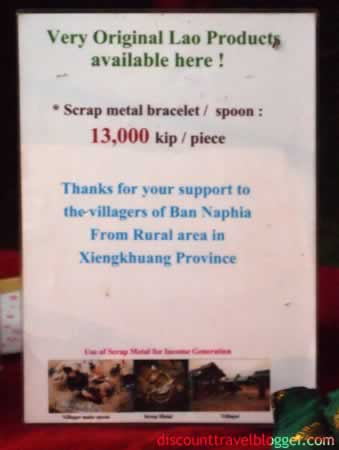 Here’s what they say, “Our bracelets and other souvenirs are made from aluminum that was part of a plane or bomb dropped on our province during the Secret War.  After the war someone taught us what to do with the bombs that destroyed our lives.  from bombs, which help us escape poverty.”

I salute Lao people for being so brave and creative, with my support as well as with yours, you may contact them for tours to see their village via email: paolao@gmail.com/ phouthaly@gmail.com or their local number: +856-209-9718090.