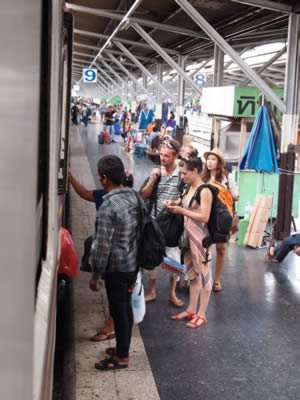 So luckily after 4 crazy days in Bangkok, I had a call early morning from Ian inviting me over for an interview.  Their office is just around the corner of where I was staying and after some conversation, Ian offered me the English Camp in Pattani.

“Class starts on Monday but the train ride is 15 hours long if you fancy to try the adventure” Ian said, as soon as he started mumbling those words my heart started beating fast, adrenaline rush, that makes me feel alive yeah?  Hell yeah.  Ian still talking about how it would work but I already know what my answer would be. All expense paid from transportation, accommodation, food while on duty, you get to teach everywhere in Thailand every week, plus the daily pay.  Dream job. 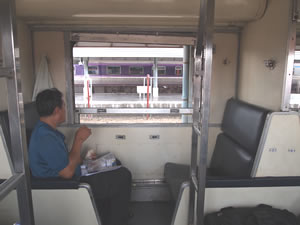 (My train angel at Hatyai Station)

What excites me the most is the train ride, I mean, traveling for hours by bus isn’t new to me.  I traveled more than 24 hours on a missionary bus ride to Laos which was the most full on bus ride I’ve made, but 15 hours(as we thought it was) on the train?  That, I haven’t done yet, not even in the Philippines.  My Sagada sisters were planning that train ride to Calaguas by October that didn’t push through because I moved here in Thailand, still the train ride has happened, just more thrill and adventure because I am once again traveling solo. 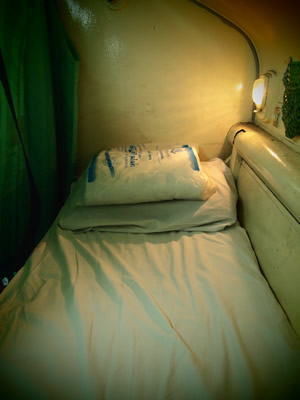 (My bed on the train)

When The Ride Begins, It Started With…

Ian called the train’s call center and asked about the fare and schedule, the lady on the other line said, “You have to book as soon as possible…”.  We thought maybe she meant I need to reserve my ticket as she tries to speak English really hard.  I told Ian, I’ll be there at the train station early morning even if the train is scheduled at 1pm just to make sure I’ll be on my way to Pattani by Friday.

I’m at the station by 9am, I waited four hours just to make sure I’ll get a ticket the same day to Pattani.  While waiting, a couple sat in front of me while I’m trying to figure where they from, surely the lady is from the Philippines too.  I asked, “Excuse me, Are you a Filipino?” and then she replied, “Filipina ka din pala (So you’re also Filipino?)” I don’t know why she asked that strange question but at least it was the start of a good chat of how the two them are traveling Thailand, Malaysia, and Philippines.  The guy whom I thought was Italian from his accent turned out to be from Finland, he was funny when I told him that I thought he’s Italian, he said,“Well, most people think I am but I’m not, I just look like an Italian Mafia Leader!”.  They are really fun couple, they were around 50’s but they’re fun, cool couple I thought.  We talked a lot about their travels, my travels and where I’ve been and going.  That helped me enjoy the hours of waiting(as I convinced myself with the word ‘enjoying’). I bid the couple goodbye when my watch said I need to check my train, wished them good luck to their trip to Malaysia and left. 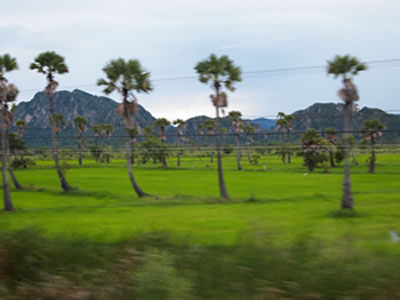 On Board the Train

I took the so called Rapid Train 171(and the rapid 15 hours turned out 25 hours) scheduled to leave 1pm, but it left 2:45pm. Sweet, although I’m used to this around Southeast Asia, it wasn’t really sweet.  It was an ordinary sleeper train, paid 582THB from Bangkok to Pattani (they have air-conditioned sleeper train for 832THB if you wish to get a bit comfy).  It’s cool that the old man sitting next to me, though he can’t speak much English tried his best to help me out in buying food from the sellers walking back and forth.

Eating on the Train

I have eaten my lunch at the train station and bought few snacks with me and water to survive the travel hours but of course, it isn’t enough.  I bought rice, spicy ground chicken and fried egg for 40THB for dinner and 10THB instant coffee that I drank with my Cream-O cookies. 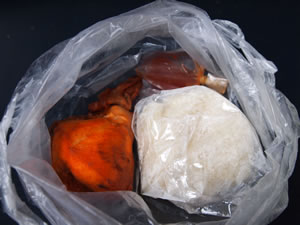 I thought we would arrive 8:45am the next day, I had to call Ian and asked if I’m anywhere near since its already 12pm and the old man keeps telling me “Late, late” as I showed him my ticket that says Pattani at 8:45am.  Ian said, when I reached Hatyai Station, it will be another hour to Chana and from there it would take 45 minutes to Pattani.  So, I wouldn’t get there by lunch, I need to eat.  It was cool enough that when we stopped for 30 minutes in Hatyai as the train refueled their tank of water, sellers outside are yelling their stuff.  I bought the non-ending Southeast Asian favorite meal, Sticky Rice and Chicken! 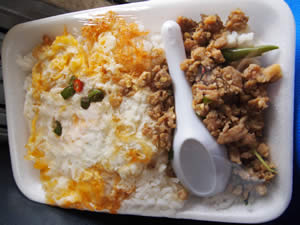 Yes, at last we meet again.  Reminiscing how I first tried it in Krabi and met Team Canada because of it.  Yeah, Sticky Rice and Chicken became a team after that meeting, haha!  Reminded me of Leizel, Nick, and Doug plus the fun times we had after that.

Sleeping on the Sleeper Train

8pm when the attendant started converting our seats to a tiny bunk beds.  It’s cool how the seats were joined and become the lower bed, he pulled the upper bed disguised as a bulky wall and took a thin mattress.  He covered it with clean white linen, gave us pillow each and a blanket. Then he put green curtains and 2 straps for the upper beds to make our imagination work that it will make us safe from falling off while the train runs.

I like it though, the feel again brought me back to my cruising days.  Although, train bunk beds are smaller and narrower than the cruise’s bunk beds the curtains and the folding upper bed to save space is similar.  Only, the cruise has poshier look and feel, even in our crew rooms which has air-con, private toilet and bathroom, and carpeted floors.  Either way, they both gave me a roof on my head and a space to stretch my body to get a good sleep. 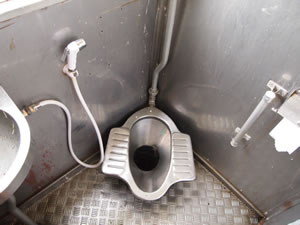 (Train squat toilets are just a hole directly down on the ground, hah!)

Waking up in the morning…

6am when most locals wake up,  I woke to the loud voices of chatting ladies, I know I won’t get to sleep again so I go down from my bed, washed my face, took my stuff of the bed and allowed the attendant to put my bed on its disguised state.

It was cool to feel a nice breeze from the window watching the country beauty as the train rolls.  Green fields, towering palm trees, mountains, cows, and birds are the most common scenery I enjoyed.  Not to mention the military army that started checking our stuff few stations before Pattani.  I heard that Pattani is like the Philippines’ Davao City where there are areas of safe and unsafe for civilians but that’s another story.  Over all my first long train ride was good, not that great but it was good.  Who would have thought that my first long train ride would happen in Thailand? Not the slightest idea this would happen to me.


Warning: get_comment(): Argument #1 ($comment) must be passed by reference, value given in /home/www/lyndsaycabildo.com/wp-includes/class-wp-comment-query.php on line 484

8 thoughts on “Traveling by Train in Thailand”