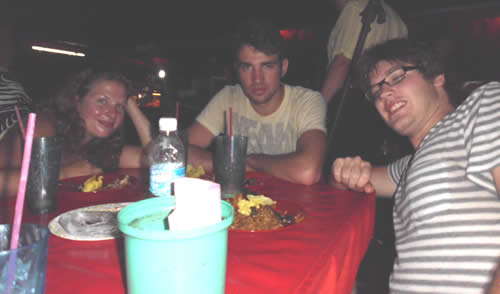 Pretty excited of the trip, no matter how much would I want to get some sleep before the flight, I just can’t.  Anyway, I needed the help of some ‘ghetto drink’ according to Nicko, COBRA! Yep, it helped me survive and awake for 29 hours straight.

Anyway, from the NAIA T3 airport to Kota Kinabalu International Airport where I met this bunch of cool people.  I was waiting on queue at an HSBC ATM when we arrived, 3 people were talking about how to get to the city at the back.  I was trying to get my guts up to approach them but I was not successful, I chickened out.  So then I headed outside, talked to some taxi drivers to ask the prices, it was 30RM (PHP450) to the city, too expensive I thought, then I asked them about the bus but it doesn’t have schedule( we’re in Southeast Asia, for god sake!).  I walked further and saw another bunch of tourists, approached them if they are also going to the city and waiting for the bus. They all are, but they said if the bus won’t come in few minutes they’ll take a cab but unfortunately they are already full for the taxi. 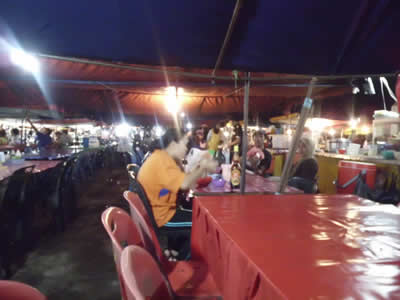 I stayed with them and talked, I get to find out one guy is headed to the same hostel I’m going, Borneo Global Backpackers and we are both heading to Brunei early morning the next day, I found out his name the next day, his name is Jamie.  Then the 3 people I was in line at the ATM came to approached one of the guys if we are going to the city.  He was nice enough to tell them that if they’ll taking the taxi maybe they could join me in, and soon enough I was in the taxi with these guys.

I didn’t end up going to Borneo Global Backpackers because it was way too far to the area were the taxi guy dropped us off.  I went with Emma, she’s from Finland who told me the hostel she’ll stay in has one vacant spot so I did go with her, it was 23RM(PHP345) with light breakfast included, WiFi,  Although, Borneo Global Backpackers for 20RM(PHP260)which is a little cheaper, yet Jamie won the best bargain hostel deal, he got it for 12RM(PHP180) from Hostelworld.com without breakfast!   The other guys live in the hostel nearby and since we have no change for the share, we decided we’ll all go together for dinner and pay Eitiene(spelled according to his Facebook profile) who paid the taxi for us.  Eitiene(Canada) and Roman(Germany) are students from Singapore.

9pm was the meet up time in to the drop off area.  Looked for the food market and we headed to the ‘Filipino Food Market’.  Yes, that’s what they call it Kota Kinabalu.  We all had what Eitiene ordered, Fried Noodles with 2 Chicken Wings and a drink…They all got Mango Shake and I had Lemon Tea.  I paid 9.50RM (PHP142.50) for that full meal and it was cool.  After the dinner and few chats, exchanging emails and Facebook accounts, we headed home and I’m dead after that.  I need to be up 5.30am for the 8.am Ferry trip to Brunei the next day.  Will update you more as soon as I can. 🙂

2 thoughts on “Straight from Work to Kota Kinabalu”