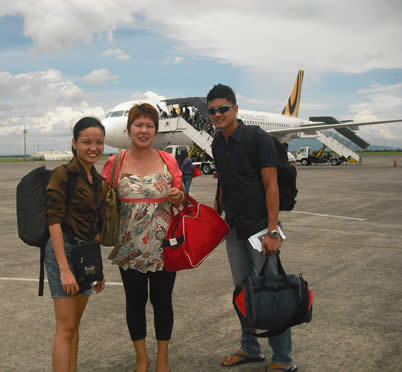 (Me, mom, and Arjun before boarding)

As a former student of Hotel and Restaurant Management, the closest I have been to Singapore was mixing their famous cocktail, Singapore Sling that was developed at the Raffles Hotel.

Well, few years after that I did not know I will be able to visit Singapore August of 201o with my family and I was stunned by their city!  I would agree how they described it as “Where east meets west”.  An Asian country with westernized living and discipline, I told myself I will be back in Singapore to live, work, and stroll the streets of it. 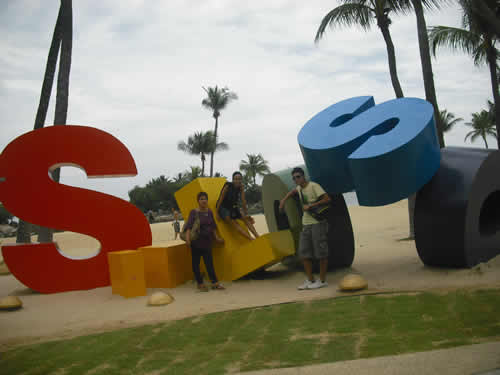 It was a totally different world from other South East Asian countries, it was surprising how their country is.  Compared to Philippines, Singapore is tiny with 40Km from its North to South you can easily memorize every places you go to in less than a month. 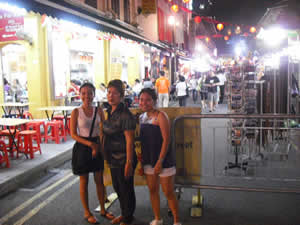 (Before shopping in Chinatown with Tina)

I love the times we spent in Universal Studios (I’m still a kid inside) in Sentosa, and the view at night at the Merlion Park and we were lucky to witness a great fireworks display because it was the Youth Olympics Opening that night. 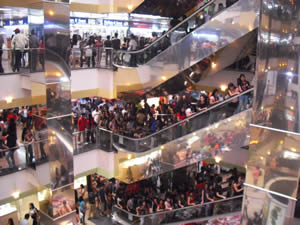 (Tons of Filipinos in Lucky Plaza every Sunday)

I heard about the $20 SGD fee just to get to the top of Marina Bay Sun Deck to get a better view of the city(that I accidentally experienced free the next time I came back to SG, story on my next SG post).  So you thought I drank a Singapore Sling yeah?  I didn’t (I was with my family!), less fun you think?  Well, on the following trip there I stayed 3 months and that was pain and fun, but it was an experience I would not forget! 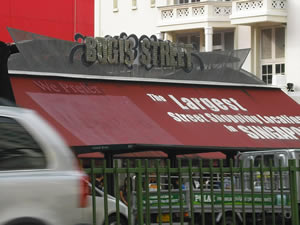 Anyway, going back to our family tour.  We only had 4 days to see and shop in Singapore which we ended up going to Bugis (the pop shopping area), in Lucky Plaza  (the Pinoy hang out mall), and a night walk at Clark Quay (the yuppie night out place).  They also have several food courts that offers $3 SGD a meal (meat, vegetables, and rice) or their famed ‘Chicken Rice’ that can be served steamed or roasted which were the best deal, we had ours in Chinatown where we shop a few more  key chains, bags, and  shirts. 4 Days is too short for a trip, you won’t be able to get to know the place that quick which is why the the feeling of having total fun in Singapore was skipped, that’s what I thought and so I have to go back.  Therefore you have to read the next post!