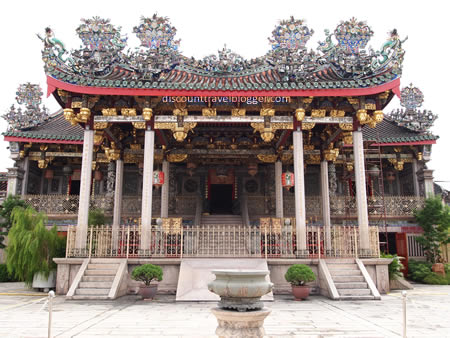 For some reason, I noticed that clan temple are common in Penang.  It’s usually Chinese which make Penang a home to Chinese community.  I saw another clan temple near a mosque too, I didn’t know it was a clan mosque until I noticed that a family that arrived from a Honda truck came in and instructed the person repainting the walls. 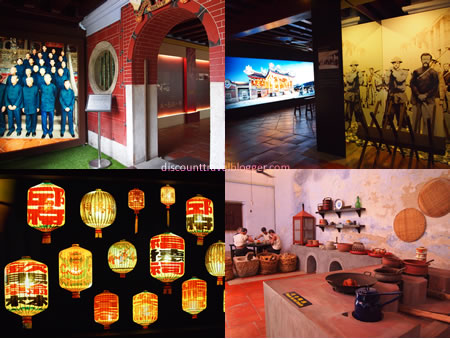 (Museum and theater at the ground level of the temple) 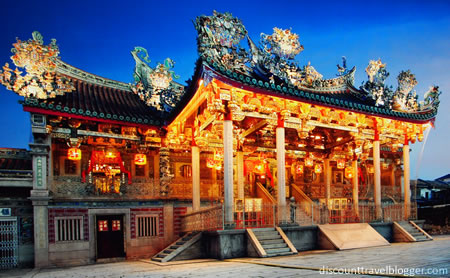 (Khoo Khongsi at night, photo on the museum’s wall)

I started walking around, looking for the nearest historic buildings near the area when I passed by an alley where bunch of tourists hanging out at the gates.  I went in, and I saw a very beautiful temple.  Although I have to pay 10RM(3USD) which I didn’t plan to do but I could not turn my back on the opportunity.  I went to the counter and paid 10RM, the lady gave me a ticket, a sticker, and 2 Khoo Kongsi Post Cards which is cool because I can send those to Chris’ and my family. 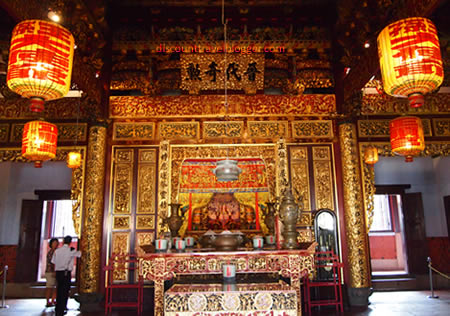 The temple was impressive, huge and for some reason, mysterious.  The carving on the pillars and the walls are beautiful, the paintings were crafty and there are distinct gold paintings used almost everywhere.  The altars are noticeably filled with golden figurines or statues, I am not sure if they were even real but they make everything looks stunning.  At the lower level was a sort of museum and theater, showing how the ancient clan lived and a bit of the town’s history.  It’s quite impressive for a clan temple which is why I think its popular for tourists. 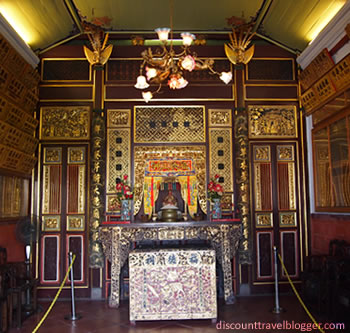 The museum showed how the temple looks like at night, it is gorgeous!  Too bad I won’t even try to go back at night, I was into checking out most of the places listed on the map. 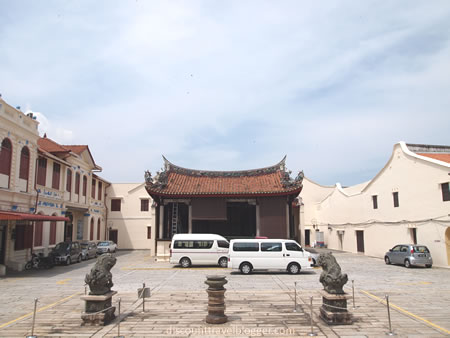 (View from the Clan Temple)

Tokyo in Less Than 24 Hours