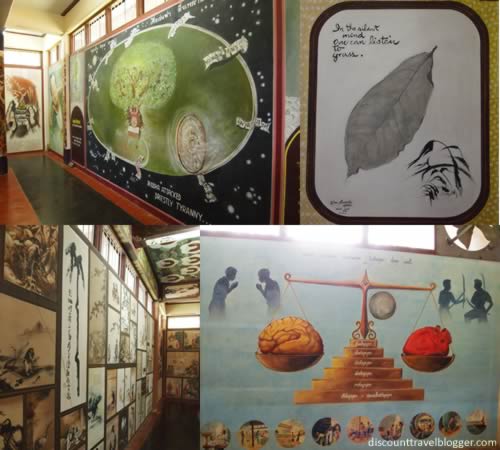 (Murals in the “Dhamma Temple”)

After a long and crazy holiday in Khanom, we went back to Patthalung.  That just mean that we’re on another 2-day treat to Suratthani.  Yep, you heard it right.  We were having an all expense paid 2-day trip to Suratthani in honor of our old director who just transferred to Suratthani.  Most who signed up that we know backed out, too bad they missed an awesome place to see.

It didn’t matter because it went fine.  To cut the story short, we went on an almost 6-8 hour trip.  After lunch, we went on a pilgrim tour going from one temple to another.  The first temple we went to was huge, but for some reason we only head to see one strange temple called “Dhamma Ships”. Does that ring a bell? 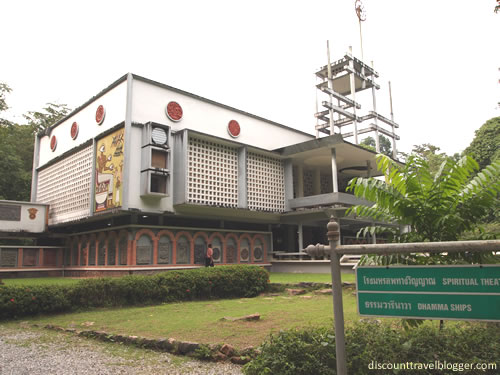 When they told me that is the most popular temple in Thailand to meditate, I was stunned.  Looked interesting since I’m interested with mystical, paranormal, and metaphysics everything related to those are cool to me.  I stopped at the entrance to take photos and when I’m done taking photos of the temple, I just realize that I was standing in front of the sign that says “Dhamma Ships”.

It didn’t sink in to me that quick, I stood there for awhile trying to figure out if “Dhamma” means “Dharma” since Thais spell words to how they hear the sound of the word.  I couldn’t really figure out, I thought if it really means Dharma then how it is connected to Buddhism?  Thailand is a Buddhist country, and there were lots of monk around maintaining the temple.  So I searched the net and here’s what I found about the Dhamma in relation to religions.

Well, it did ring a bell to me and thought it was just a coincidence (but I don’t believe in coincidence really), I looked around and notice the Dharma Logo in front of the temple, upper part of the temple which is similar to where Catholic Church put their crosses on the churches. Goosebumps!

(Remember this from ‘LOST’? Image from:http://lostpedia.wikia.com/wiki/Statue_of_Taweret)

Then the huge Egyptian mosaic on the temple, it may not be the exact Egyptian image of the statue in the ‘LOST’ island but a significant presence of that huge mosaic at the side of the temple was something.  Going into the temple, it was just filled with different murals that tells us a message for each.  Nothing special, but we didn’t go to the other temples around the compound that may reveal interesting pieces as well, but since its an excursion with other people, I have to follow their schedule. 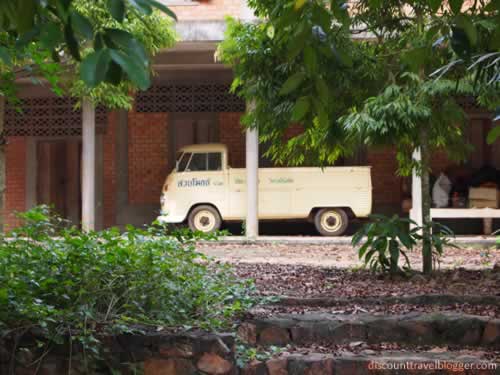 Just when they were calling us to board the bus, I noticed that near the gates parked a beige Volkwagen van similar to the van the Dhamma Lab in the secret part of the islands were using.  The place has a lot of interesting things around, I could have found more if I had more time but I thought that was already worth sharing to all the LOST fans out there.

The world is just an interesting place to live in, so meaningful that every mystery just unfolds before us.  They’re no coincidence, they’re just telling us something…  Instead of getting ‘LOST’, I think if we listen or figure out the signs around us, we’ll find our own path. If you know what I mean… (I hope you didn’t get ‘LOST’ in translation).