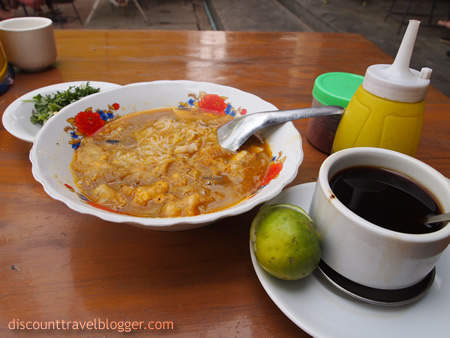 (My first ‘Mohinga’ and a strange local brewed coffee)

When I arrived in Mandalay at 5am, I was not in a hurry to see what this city has to offer. Tired. Exhausted.  Those were the words to describe after fleeing a town to another trying to see the so called “Big 4” of Myanmar in 9 days.  It was not impossible but it was a mission, sure it was like Laos all over again but I’m seeing it in a more positive light.

I was told there’s nothing much to see in Mandalay so I planned my trip as if I should just spend only a day there, but since talking to other travelers of how I should see Inle and Bagan, I have to change plans every time.  Traveling in Myanmar is not friendly, traveling will take most of your day (that is because some places are still closed off from tourists as there are still a lot of  sh*t going on that the government would not want us to see).

Too much of that being said, I slept in the whole day on my first day there.  I woke up in the afternoon, took a shower, and when the power went off (government switches it off 3 hours every day to save power[?]), I decided to try ‘Mohinga’ a famous breakfast soup made from fish curry, noodles, and herbs.  Mind you, no matter how strange it sounds it tastes good to me.  The soup tasted like the Philippines’ “Palabok” except they made it a semi-thick soup in Myanmar.  I ordered brewed coffee too which they served with a lime at the side, I thought that was strange and because I love my coffee black, my adventurous blood to try everything new at once did not kick in that time (looking back I thought, I should have!). 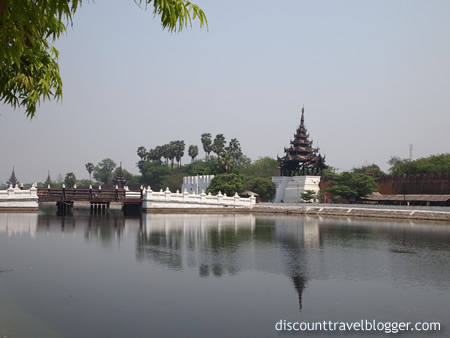 After my breakfast, I had a nice walk at the King’s Palace that was just few blocks away from my guesthouse.  I took photos of it and just as I was enjoying my photo moments a nice man approached me offering to tour me around the city with his car for free.  I thought it was a little suspicious and since I was enjoying my solo time, I nicely declined his offer.  He then, drove away and left me alone.  Few minutes later when I nearly reached the gates, another young man approached me offering his motorbike taxi service to ‘again’ tour me around the city.  I told him I would do it the next day and have arranged a motorbike service for it already, yet he was persistent convincing me not to waste my time since I’m there already, I should do it at that time and day.  I could not explain it any other way as he kept trying.  He almost pissed me off when he was all of a sudden, “OMG!” because he could not convince me and how he could not, in his mind understand why in the world would I do what I want to do?! 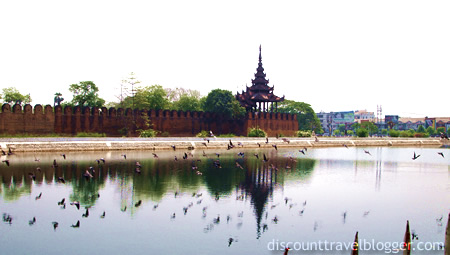 At that point, in my head, that was it.  This convo is over.  I just smiled and kept walking, guards on and walls up.  Not talking to anyone who will approach me about tours.  I continued taking my interrupted photoshoot of the palace and went back at the guesthouse. Yes, power isn’t back on.

How was my day in Mandalay? So far, so good. I still think it was a good day because I’ve had my long good rest.