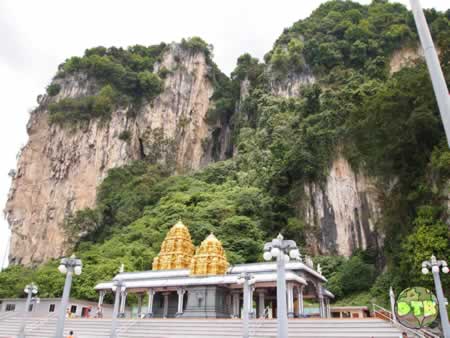 (Temple beside the Hanuman statue)

What to See in Kuala Lumpur?

I heard from other backpackers that it only takes a day or two to see Kuala Lumpur.  “What to do in Kuala Lumpur?” I asked. “Just to see Petronas Twin Towers and Batu Caves is the most common, or maybe go to Melaka (an hour away from KL) but that’s just about it.” said the one Aussie girl I met in Bali. 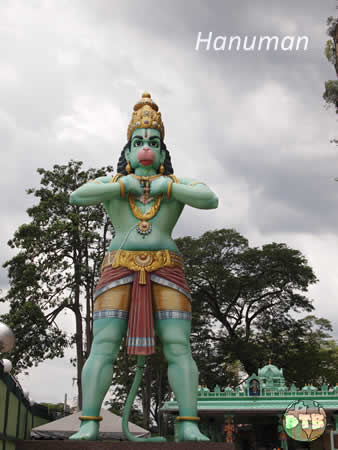 Seeing photos of friends who have been to Batu Caves, I know its just something I want to see one day, and when I finally get the chance to go to Kuala Lumpur on my second attempt(because I was left behind by the bus, the first time I tried), I know I would only stay for two days.  First day, to see Petronas Twin Towers and visit Batu Caves. Second day, will be meeting up with friends. 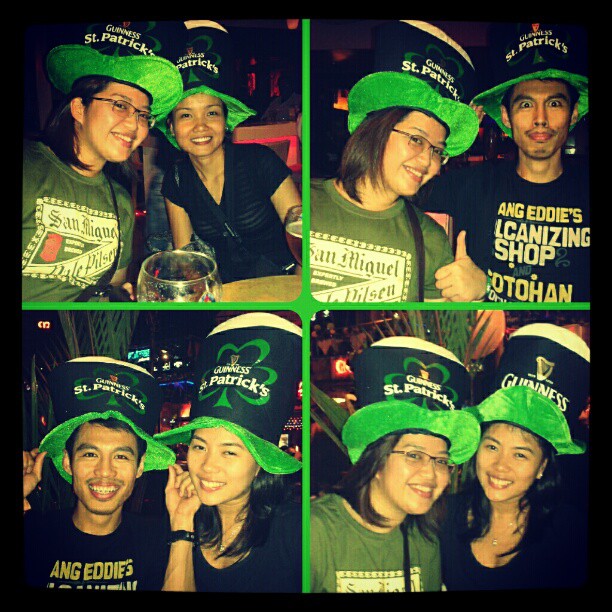 It didn’t go as planned but the itinerary to see places and meet friends were fulfilled, which was awesome.  Not to mention, I get to celebrate St. Patrick’s Day (which by then, I have no idea what was it all about) with my new found friends in Bukit Bintang area. 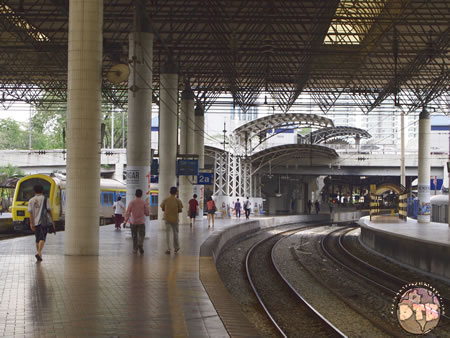 How did it happened?  Well, I arrived 4am of March 16th as opposed to 8am.  Which makes my Couch Surfing arrangement didn’t work out.  I then stayed in one cheap hostel named i2inn guesthouse for a double room of 60RM. Good thing Kate, another couch surfer whom my travel sister, Leizel, is a common friend decided to stay with me in the hostel so we shared the room fee.  They do have a dorm room that costs 28RM/night but I asked it too late.  It all worked out in the end anyway, having Kate hosting me in a 5 star hotel room her company booked for her the following day. 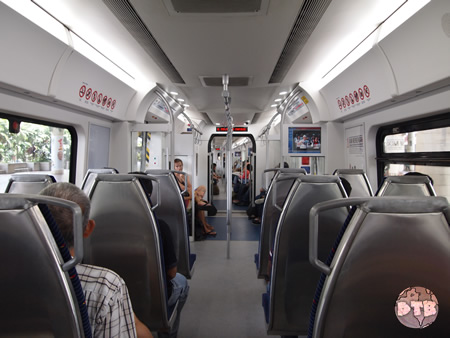 Going to Batu Caves via Train

It was on the second day of my stay when Kate and I went to Batu Caves.  We walked from her hotel to the train station Penang Seri station, the attendant told us to just cross the road to another train station to avoid changing train going to Batu Caves, that train goes straight to Batu Caves for 1RM as opposed to changing trains in KL Central for the same train, she said. Great Tip.  More than 30 minutes later, we were there.  Just as you walk out of the train station is the cave entrance, it was easy to find.  The train is comfortable and air-conditioned which was nice with that heat.  Not to mention their warning signs that I can’t help but notice.  Kate and I giggles and started taking photos of it. 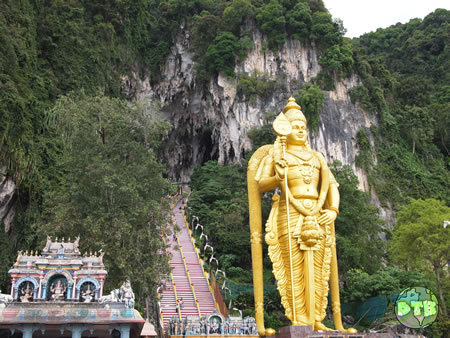 At the entrance, you can see a giant statue of Hanuman (Hindu god).  From there you can already see the steps and the huge statue of Lord Murugan, a Hindu deity.  After taking few photos on the ground, we climb the 272 steps of the famous cave.  Kate and I, stopped several times to catch our breath upon climbing.  I then realize, how unfit I am, gotten used to motorbikes all the time and doesn’t walk anymore is talking its toll.  I thought, it’s our way to observe penance since Lent is coming (just to make ourselves feel better with what we were doing!). 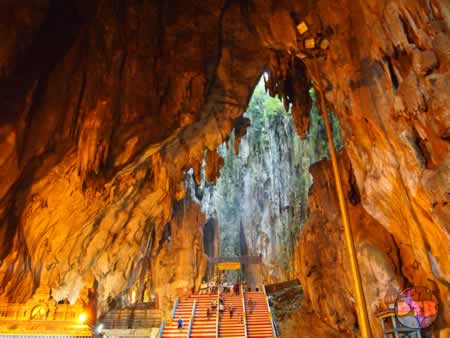 When we reached the top, a huge space with few souvenir shops at both sides welcomed us.  There’s another flight of stairs to go to reach the very top.  It’s quite steeper than the previous ones.  At the very top, there’s a noticeable number of monkeys playing around and trying to grab people’s plastic bag for food.  One monkey even tried to grab my little bag because the sound of plastic bag to them is a food source. 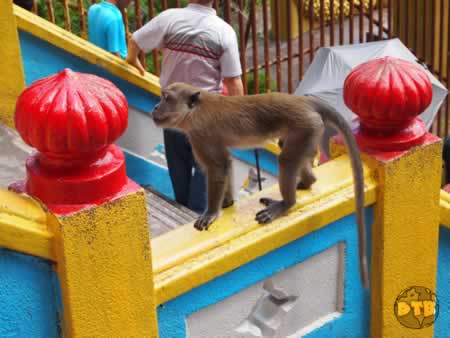 TIP: Do not feed the monkeys and do not bring plastic bags.  They try to grab any plastic bags of the tourists and devotees to get themselves food.

At the very top of the cave lies another Hindu Temple and some gods’ statues at the sides.  On the way down, there was a little cave trek that you can pay to do.  Obviously, I didn’t go.  Going down the stairs, monkeys were everywhere drinking bottle of water, eating flowers, playing around, etc. Which scared some little kids as they jump and run around everywhere the place. 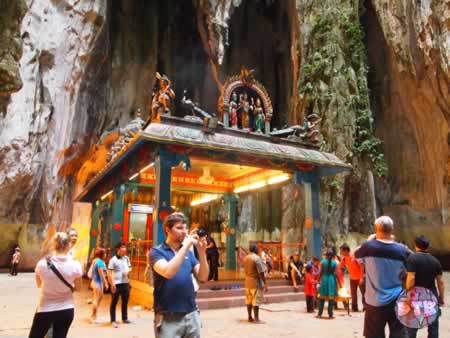 (The temple at the very top)

Back on the ground, we heard a music being played at one of its temples.  Curious to find out what was there, I sneaked at the side and climb the side porch due to the number of tourists and devotees watching what was happening.  There was a Thaipusam event happening, I was trying my best to zoom in my camera to get a good shot, one of the Indian guy that was part of the ceremony told me to come in and take a closer shot of the event.  So, I did. You can read more about what happened on my post about Thaipusam and enjoy the video I took as well.