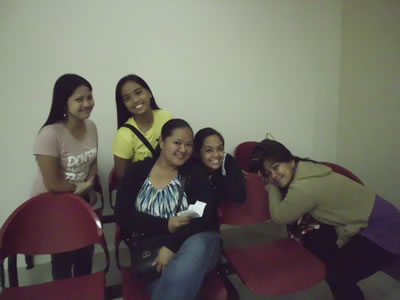 (My cousin Dei [at the middle] and her colleagues)

How did I end up in Davao? Funny story.  It was when I’m checking fare tickets to Bangkok because of the original plan of Teaching English there for sometime,  I couldn’t find cheap ones for Bangkok but I found ones for Davao.  Promo fares to Davao City was Php551 (less than $14USD) return from Clark to Davao, and guess what? I ended up booking a flight to Davao in less than a week! 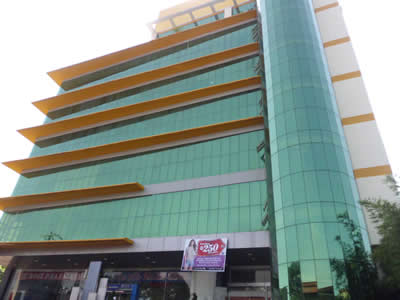 Going to Clark from Manila

I contacted my cousin, Dei, immediately ’cause I know she’s going there too and I booked it on the date she said they are going as well.  I told her we’ll just meet at the airport since she’s with her colleagues and we’re nearest to different bus terminals.  I took the Caloocan Terminal bus station while they went to Cubao Terminal, I spent Php12 from Tayuman to Caloocan via Jeepney since LRT was still closed at 4:00AM (it opens at 5:30AM).  I got to the terminal in 30minutes smoothly without heavy traffic! 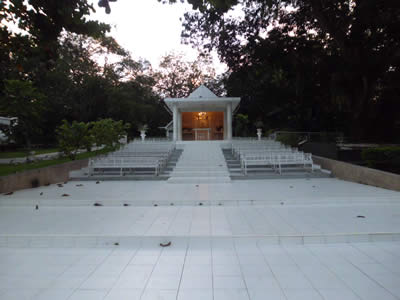 5AM when the first trip to Dagupan left(I thought first trip was at 6AM, luckily I didn’t have to wait much), paid Php139 (less than $3USD) until Dau Terminal and from the terminal, I walked out of the terminal to look for KFC. I took a jeepney to Clark (I asked the driver if they would stop at Bayanihan Terminal, place to alight according to The Lost Boy’s tip), paid Php8.  Then, I took the Route 1 jeepney, paid Php12, and politely asked the driver to drop me off the Diosdado Macapagal International Airport and I just walked to the Terminal.  It was a rainy day and I have to walk 2-3 minutes to get there, luckily my first angel on this trip came out, a young lady walking with her umbrella stopped and waited for me, offered me to share the umbrella with her.  Her name is Rose, a ticketing officer at the airport, arrived 5minutes late to work because of me! I am so thankful for her kindness, who didn’t care of getting late just to help me out cover from the rain! 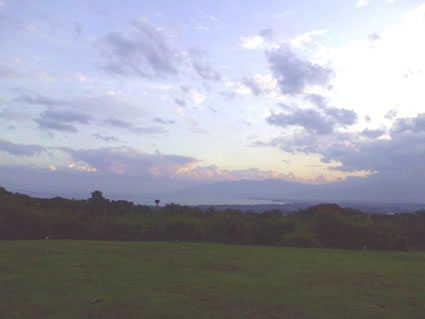 I arrived earlier than my cousin Dei and her colleagues, I had breakfast at the convenience store at the arrival area, ate a Php35 microwave-able meal with Php13 small bottle of water.  I saw Dei and the crew when I was in line to pay terminal fee, we met at the gate again, waited with them at the gate where we were supposed to.  Soon enough we’re on the plane to Davao. 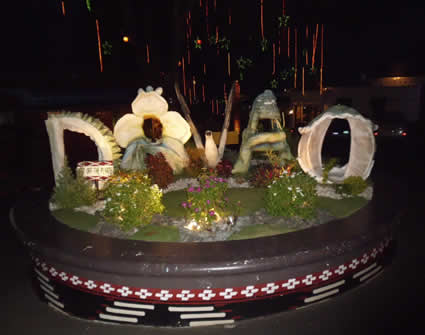 At the airport, we took a van for Php400 (around $8USD) since Dei and the crew including me wouldn’t fit in one taxi and split the costs, we ended up paying Php66/each and there were 6 of us, regular taxi is around Php150 (less than $4USD) to the hostel where we stayed in.  Thank God my friend Net said not to take the Php500(less than $11USD) taxi driver’s first offer. 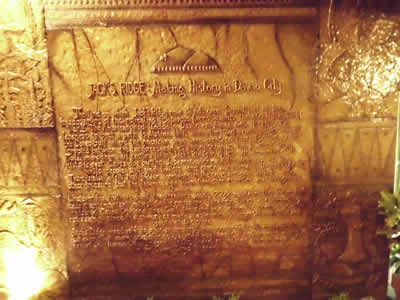 So we arrived at the hostel, my cousin rented a room for themselves but I opted the dorm room because it was cheaper, I paid Php188 (less than $5USD) a night at the Green Windows Dormitel.  It was really cozy, clean, and affordable.  The hostel have AC, WiFi, pantry with affordable meals, mini-convenience store, and friendly staff.

I had lunch at the nearby local restaurant called ‘Nitini’s Restaurant’ that offers good and cheap priced food.  I paid Php28 (less than $.50USD) for my Dinuguan and Rice meal and then I had a nap while waiting for Net to drop by the dorm.

5pm when Net rang me that shush my she was at the lobby, I quickly got up went to wash my face and met her at the lobby.  She was with baby Franco, who’s soooo cute and looks like his fathers tiny replica.  I met Net and Francis in Singapore during my stay at Footprints Hostel where Francis (Net’s boyfriend) works as a receptionist. 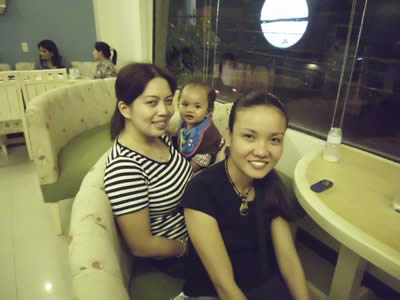 Two for the First Day

We first went to Sto. Nino Shrine, I took photos of the altars and the view of Davao City from it.  Since, I am not religious we started walking to Jack’s Ridge.  It’s the famous place with the view of the city.  They have a swimming pool and restaurants there.  We walked around, took photos and Net treat me on a nice dinner (courtesy of  Francis’). We didn’t pay anything from the two places except for the dinner. So it was really a cheap trip for the day.

After the nice dinner, we went out to try Cafe Demitasse, we both had a hot choco for Php75 (less than $2USD), we just hang out there, catching up and talked about my other plans for my stay.  Cafe Demitasse is a nice cozy place to hang out just like the popular coffee shops.  We finished at 11pm, I needed to crash.  I bid Net goodbye for that day but we will meet the next day, same time.  The fun hasn’t begun on this post yet, so better wait for the following posts about this trip.

One thought on “First Day, First Time in Davao City”