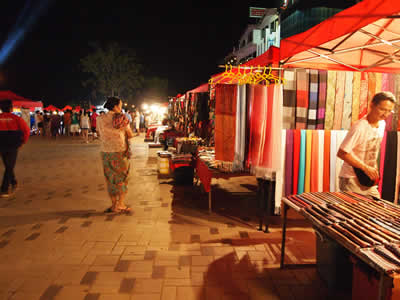 I was back in Laos after 4 years for my visa run.  From Bangkok, it took us 12hours to Vientiane.  It wasn’t as bad as I was expecting since the last Laos bus trip wasn’t very exciting to remember.

So, here’s what happened… I went to Jusco Mall near Phra Khanong BTS Station and tried asking direction from the locals where exactly is Jusco Mall when suddenly one guy started talking in Tagalog asking me if I’m Filipino and started directing me where Jusco Mall is in Tagalog.  He was going there too, his name is Daryl, he became my instant buddy going there.  At KFC (meet up place), there were a lot of Filipinos waiting and couple of other nationalities like South Africans, Indians, Japanese, etc.  We left KFC at 8pm that night and reached the border 6am in the morning… Anyway, let’s forget all the visa run crap I know you wouldn’t want to read about that anymore! 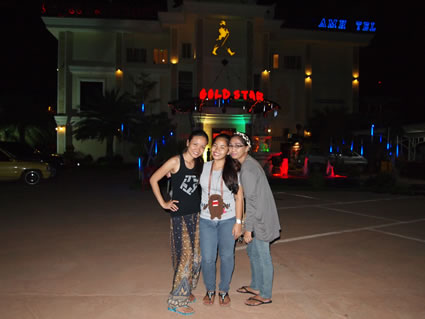 (Laos roomies: L-R; Me, Carl, and Donna at the Karaoke Place)

Okay, so after we got our passports stamped by Thai immigration for departure and arrival in Laos as well as all the visa procedure at the Thai Embassy, we reached our hotel around 10am.  After our BRUNCH (breakfast/lunch) I had an hour nap, woke up from Donna and Carl’s chatty voices.  I joined the chat soon enough and next thing I know, Donna is telling us about her Laos co-worker, Ton with his buddy will be dropping by soon. True to her words, few minutes later Ton and his buddy is in our room asking us out to see Vientiane.  We did. 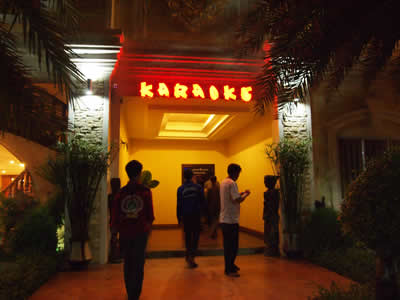 (Just before we enter the Karaoke place, camera died!)

On 3 motorbikes me, Carl, and Donna went with the guys and tour around Vientiane that night.  First stop was the Night Market and of course, the girls shopped clothes and accessories while I took photos around.  Vientiane hasn’t changed much but the market did,  I must admit that I didn’t see Vientiane the way I saw it the other night.  It’s always a bonus to have local friends when visiting a country, they’ll bring you to places backpackers hasn’t been to.

The city brought back a lot of memories from 4 years ago, but it wasn’t as great as it is when I am really enjoying every single moment I was there with Carl, Donna, and the guys.  We went to karaoke and sang our hearts out ’til almost midnight, although my camera died before we even got in, my bad, I didn’t charge it because I thought I won’t go around Vientiane since nothing much to see  there, I was wrong! At least, a lot to do if not to see.  Going back to Vientiane went way better than I expected.

2 thoughts on “Back to Vientianne for My Visa Run”