(These are Pinoy Good and Not so Good Foods) 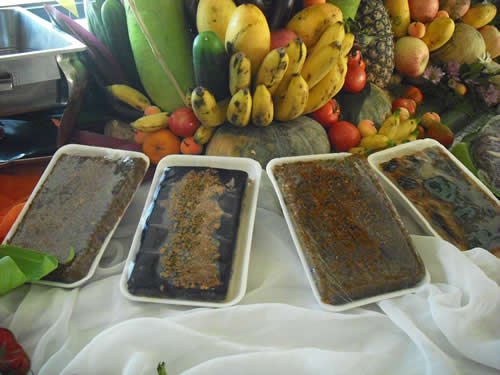 If you’re a foodie and a traveller, you should know Anthony Bourdain, NY Chef who travels around and explore different cuisines from different countries.  I was a follower of the show back when I was in Vietnam, since I have nothing to do there but eat, blog, and watch TV,  Anthony’s show “No Reservations” along with The Amazing Race (and The Amazing Race Asia), Man Vs Wild, and other Discovery Channel Shows became my past time.

Although, I haven’t seen the episode for the Philippines (maybe I was backpacking country that doesn’t have good cable TV like Laos or Thailand when they pilot this show on TV).  Just like how Anthony explored Singaporean cuisine and culture (that helped me  a lot when I lived there for 3 months), he conquered Philippines the same way. Yet, from our history he probably researched he was still confused how to describe Filipino Cuisine that in the end, he agreed on how his host described Philippines as “The Melting Pot”.  The mix of different cultures and influences from the history to the non-ending and wide range evolution makes it more interesting.

Some visitors says its less cultural, but what they don’t realize that, that itself is the culture.  It’s unique that way, not like other Southeast Asian countries that is widely influenced by their religion.  Philippines is highly influenced by religion too, but its a separate entity from our changing culture and tradition.  Let’s join Anthony Bourdain on his discovery of Philippine cuisine…