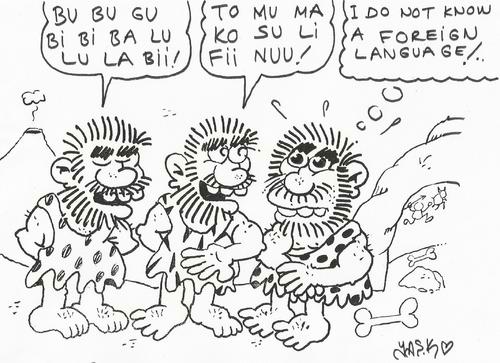 Part of travelling around is being exposed to different languages and putting a little effort to learn(and use it while you’re there) at least the basics like their ‘hello’, ‘how are you?’, ‘what’s your name?’ in their native language (and sometimes dialects– some countries speak different dialects in different areas).  It pays a lot to learn it, believe me.

It Gets You New Friends- If you speak the basics even if you are not saying it right, you’ll get a friend laughing and will correct you how to say it right.  That way they will be comfortable enough to speak English even if they are not as good because you’re the same to their language(some locals would not try to speak English even if they know how, just because they do not want to feel embarrassed).  Working on board a luxury ship taught me different languages of my co-workers from all over the world and it was fun to mess around teasing them in their language (Russsian, Romanian, and Hebrew) and they tease back in Tagalog (which is also laughable how it sounds from them, I know its the same when we speak theirs!).

Locals Will Not Get Intimidated-   If locals start approaching you in a friendly manner (not the scammer way or markety tactics, just use your instinct on this) which sometimes would just like to practice their English (this is common in Vietnam, specially in Hanoi and Ho CHi Minh City) you will get to know more information that will benefit you.  SThey give you tips where to get the best deals if you want to go shopping and how to haggle the local way.

You Save Money-  If you speak a little of their language, notice that locals will be extra friendly to you and will give you better discounts than those who would not even try.  In my case, speaking basic Vietnamese was really handy because I get the local prices from the market (they couldn’t tell I’m not Vietnamese until they start talking really fast, but they cant get the local price back, they’ve already told me! na ah, they can’t do that!lol) .  It was also a tip from a Vietnamese receptionist in one dental clinic I went to in Saigon and it’s true, it works for me. It’s unbelievable how much they try to charge you if they know you’re a tourist.

You Absorb The Culture Easily-  You get to understand the local way better when you know and understand their language.  In Italy, people are friendly and appreciate when you try your best to speak their language rather than being stubborn and speak English (they speak English in the cities and in commercial places though).  In Israel, you understand that they have strong pronunciation and enunciation of their words that seems like they’re stressing out or upset even though they are not.  In Vietnam, their language depends on the tone (you change one tone and it changes the meaning , same with punctuations and symbols on their writing) which seems like they’re angry sometimes.  While in Thailand, everything sounds like a song.  In Cambodia, their language’s tone sounds like endearment all the time due to their soft tone.  Here in the Philippines, my friends says it sounds like a bird because we talk fast (we don’t talk fast, we just have lots of words e.g., daughter=anak na babae; son=anak na lalaki), but yeah, there are some Filipinos who talk fast and loud.

Money Making Opportunities-  If you know their basic language ,that means it would not take much for you to learn most of it.  That way, you will get along easily with the locals that can offer you job opportunities whether long term or part time job you want, you’ll get the income coming wherever you are.  That would also stretch your options on where to go and give you longer time for the trip.

People are impressed with people who speaks more than one language too, even your boss will be impressed and might be sending you on the front line to talk to different nationalities like what my boss in Singapore did.  I helped in calming down an irate Italian client in the salon when he said he wasn’t told that it takes 1hour for a haircut with us and they don’t want to wait that long for his son who just started his hair cut few minutes ago.  I started talking to them in Italian and their faces lit up, suddenly interested why I speak Italian even if my Italian was rusty(haven’t speak it for 4 years then).  It’s handy to have the language skills and its fun in a way that you can understand people from other places, so don’t stop learning, you’ll never know what you can get out of it.